What Does ABT Mean?

ABT means "About." ABT is commonly used in text speak as a contraction of the word "About."

Of note, during the 2016 US presidential campaign, ABT was also seen as an abbreviation for "Anyone But Trump," a Facebook group that campaigned for the election of anyone but the eventual winner, Donald Trump.

When I write ABT, I mean this: 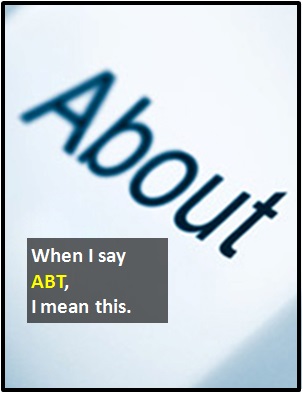 ABT usually means "About."

Examples of ABT in Sentences

Here are examples of ABT being used in jokes:

An Academic Look at ABT

Before the digital era, we would have just used the word "About" instead of writing ABT.

Example of ABT Used in a Text