What Does Doggo Mean?

The term doggo is a slang word that simply means "dog." It is part of a phenomenon called "DoggoLingo" or "Doggo-speak," that is supposed to be a simple, upbeat, joyful, and friendly way of speaking. For example: DoggoLingo has words to describe all sorts of dogs. For example: Why are Doggos so popular now?

Since memes began, people have agreed that cats ruled the internet. However, since 2016, the internet has gone to the dogs! This is largely due to popular memes and social media profiles dedicated to dogs. The Twitter account WeRateDogs, which has millions of followers, rates dogs and insists that every dog is a "good boy" and has a rating of over 10 out of 10. The phrase "We don't deserve dogs" is popular in many internet posts, which share pictures explaining why dogs are too precious for this world.

A "We don't deserve dogs" meme: 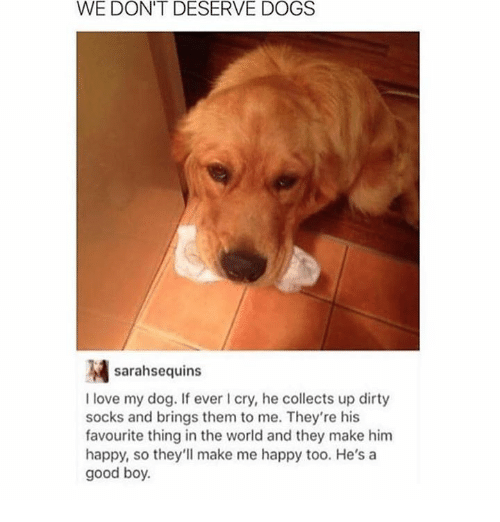 When I write Doggo, I mean this: 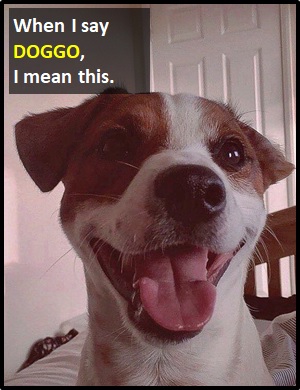 Doggo is internet speak for "dog."

An Academic Look at Doggo

Doggo is a slang word. Slang refers to words, phrases and uses of language that are regarded as very informal and which are often restricted to a special context or a particular group of users.

Doggo is typically used as a noun (i.e., a naming word). For example:

Example of Doggo Used in a Text