What Does SATOSHI Mean?

SATOSHI is the name given to the smallest unit of the Bitcoin cryptocurrency. It represents one hundred millionth of a Bitcoin.

The SATOSHI is named after Satoshi Nakamoto, the creator of Bitcoin who, in 2008, published the paper that jumpstarted the development of the cryptocurrency.

When I write SATOSHI, I mean this: 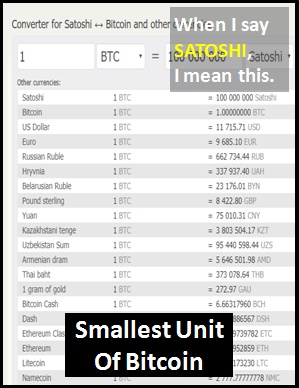 A SATOSHI is just one hundred millionth of a Bitcoin.

Examples of SATOSHI in Sentences

Here are examples of SATOSHI being used in conversations:

An Academic Look at SATOSHI

Before the digital era, cryptocurrencies such as Bitcoin didn't exist.

Example of SATOSHI Used in a Text