What is the Significance of the Letter 'Z' on Russian Military Vehicles?

During the Russian invasion of Ukraine, observers noted letters painted in white on the front, back, sides or top of many Russian vehicles, including tanks, armored personnel carriers (APCs) and supply trucks.

Many of the symbols appeared to have been hastily painted, in a less-than-professional manner. The most commonly seen letter was 'Z,' either on its own or framed within a square or triangle. 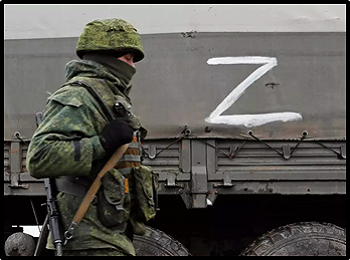 The letter 'Z' Hastily Painted onto a Russian Truck.

The most likely reason as to why these symbols were painted on the vehicles is that they help friendly forces to identify vehicles as Russian. Both the Russian and Ukrainian forces use the same models of many vehicles, making identification of the enemy extremely difficult, especially from the air. 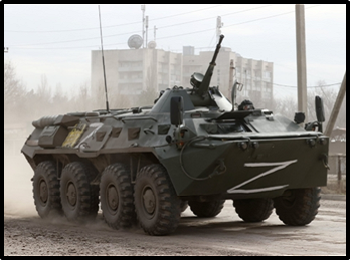 Other Theories about the Letter 'Z'

Other theories put forward for the markings include the idea that they may indicate the unit, formation or region that the vehicle belongs to, or the region to which it is deployed.

It has also been suggested that 'Z' represents the Russian phrase "za pobedy" (meaning "for victory") or the word "zapad" (which means "west"). 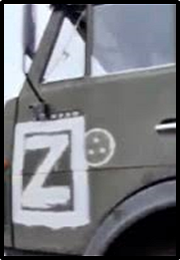 The Letter 'Z' Inside a Rectangle.

A Symbol of Support for President Putin

The letter 'Z' does not exist in the Russian alphabet, but it is a symbol that is easy to paint and to identify.

Whatever it means, 'Z' has been adopted by Russian supporters of President Putin as a symbol of their approval for the war. It can be seen brandished by pro-war demonstrators and has been painted on vehicles and buildings throughout Russia.

On 6 March, Russian artistic gymnast Ivan Kuliak, who finished third in in the parallel bars final at the Apparatus World Cup in Doha, Qatar, displayed the 'Z' on the front of his shirt as he stood on the podium during the medal ceremony. Kiliak was stood next to Ukraine's Illia Kovtun, who won the gold medal. 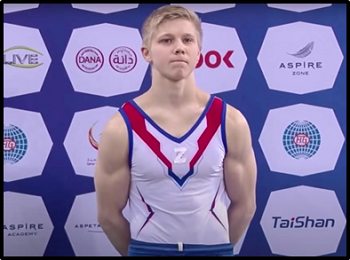 Gymnast Ivan Kuliak Displays his Support for Russia in the War in Ukraine.

"Force Identification Letter" is the most common definition for 'Z' on Russian Vehicles.

Example of 'Z' on Russian Tanks Used in a Text