What Does CUZZO Mean?

The slang word CUZZO means "Cousin." It is often used as a term of endearment between close friends (usually young men and boys), in the same way as CUH and CUZZ. For example: CUZZO may derive from the Italian word "cugino," which means "Cousin" and which is also used in Italian as a way of referring to a close friend. However, it is widely believed to be of African-American origin.

When I write CUZZO, I mean this: 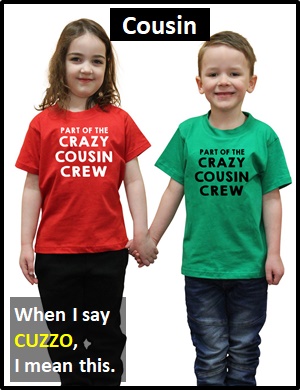 CUZZO is typically used to refer to a close friend.

Examples of CUZZO in Sentences

An Academic Look at CUZZO

CUZZO is a slang word, possibly of Italian-American origin. Slang refers to words, phrases and uses of language that are regarded as very informal and which are often restricted to a special context or a particular group of users.

The use of CUZZO to mean "Cousin" long pre-dates the digital era.

Example of CUZZO Used in a Text