What Does CW Mean?

Here is more information about each of these definitions of CW.

The abbreviation CW is widely used online, especially on video sharing apps such as TikTok, to label images or videos that may illicit a strong or potentially harmful emotional response in viewers.

Content that is typically labeled with CW includes (but is not limited to): Marking potentially disturbing content with CW is particularly important if it may trigger a mental disorder or prompt thoughts of self harm or suicide.

Content warnings are often referred to as "trigger warnings".

CW is also used as an abbreviation of the term "clockwise" (i.e., in the direction in which the hands of a clock move, when viewed from the front).

In some parts of the world, including in many Asian and European countries, the weeks of the Gregorian calendar year are numbered. Most countries use a system based on the ISO week date system, which dictates that each week begins on a Monday and is associated with the year that contains that week's Thursday. However, some countries use slightly different systems and sometimes the week starts on a Sunday.

For further information, check out the Wikipedia page on week numbering.

Chemical weapons are considered weapons of mass destruction and their use in armed conflict is a violation of international law.

A continuous wave is an electromagnetic wave of constant amplitude and frequency. It may refer to a laser or particle accelerator having a continuous output, or to radio waves that continue with unchanging intensity or amplitude without modulation (such as those used in telegraphy to transmit Morse Code).

When I write CW, I mean this: 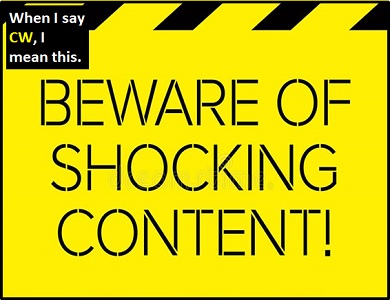 "Clockwise" is another common definition for CW.

Fourth and Fifth Definitions of CW

"Chemical Warfare" and "Chemical Weapons" are common definitions for CW in military and diplomatic circles.

"Continuous Wave" is another definition for CW.

An Academic Look at CW

CW is classified as an initialism abbreviation, as it is pronounced using its individual letters (i.e., "See Dblyoo").

Example of CW Used in a Text