What Does INO Mean?

The abbreviation INO is used with the meaning "I Know." It is based on the similarity of the sounds "I" and "NO" to the phrase "I Know."

INO is typically used to indicate that the sender is already in possession of certain information or understands a situation. It can also be used at the start of a sentence to introduce a suggestion. For example:

When I write INO, I mean this: 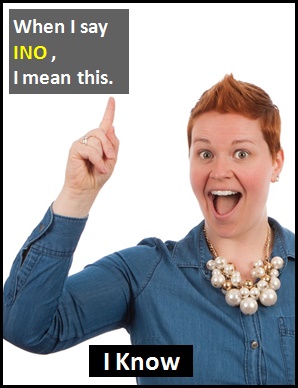 INO can also mean "I have an idea."

Examples of INO in Sentences

Here are examples of INO being used in conversations:

An Academic Look at INO

Before the digital era, we would have just used "I Know" instead of typing INO.

Example of INO Used in a Text