What Does GOAT Mean?

GOAT means "Greatest Of All Time."

The term GOAT is an acronym which means "Greatest Of All Time." It is widely used as an honorary title for someone deemed to be number one among their peers, both past and present. A GOAT is the best ever (i.e., the most accomplished individual in the history of an activity). GOATs can exist in any field (e.g. acting, politics, science), but the term is especially popular in sport and music.

Especially for fans and historians, GOAT is a title that carries significant weight. Who is the GOAT is the cause of much argument and debate. Fans of a particular player or artist will often claim that their idol is the greatest, with no regard whatsoever to historical context or with no allowance for team or national bias. Journalists play on this by regularly churning out clickbait articles to provoke controversy and increase page views. 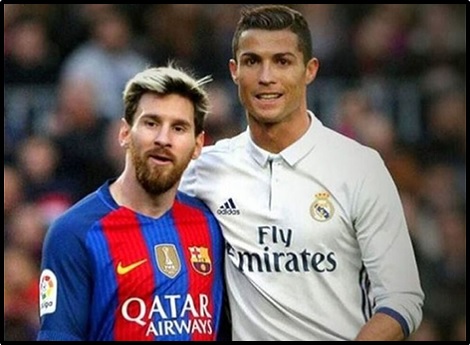 In European soccer, the debate is about whether Messi or Ronaldo is the GOAT.
The invention of the term GOAT is credited to Lonnie Ali, the wife of boxer Mohamed Ali. In 1992, Lonnie set up a company called G.O.A.T. Inc., to manage her husband's intellectual property.

GOAT probably entered the mainstream in the year 2000, when rapper LL Cool J released an album titled G.O.A.T., which reached number one on the U.S. Billboard 200.

GOAT is very similar in meaning and use to blueprint (best ever).

An Academic Look at GOAT

GOAT is an acronym (i.e., an abbreviation spoken like a word).

Acronyms differ from initialism abbreviations, which are pronounced using their individual letters (e.g., GOI (Get Over It), GOK (God Only Knows).

Example of GOAT Used in a Text

Ways to Say I Love You GREATEST GENERATION (generation born between 1901 and 1927) AAB (average at best) BIEH (best I ever had) BITW (best in the world) BTE (best time ever) PB (personal best, pillow biter) TBS (tablespoon, taking back Sunday, the best sex, to be specific, to be specified) TYB (try your best) WDMB (will do my best)