What Does IAS Mean?

IAS means "In A Second." The abbreviation IAS is typically used with the meaning "In A Second" to indicate that the sender is currently occupied, but will be ready very shortly.

IAS is similar in meaning to HO (hold on). It contrasts with WAM (wait a minute), which implies a slightly longer break.

Other common meanings of IAS are:

When I write IAS, I mean this: 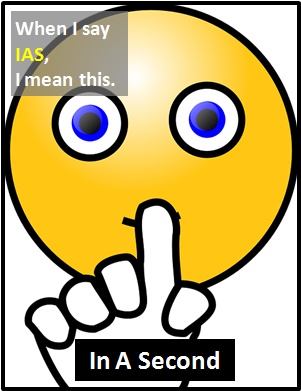 IAS means that I will be with you very shortly.

Examples of IAS in Sentences

Here are examples of IAS being used in conversations:

An Academic Look at IAS

IAS is an initialism abbreviation. This means it is pronounced using its individual letters (i.e., Eye Ay Ess). However, when used with the meaning "In A Second," IAS is not usually said using its letters. It is used for efficiency in writing and not efficiency in speech.

Before the digital era, we might have said something like "Hold On" or "Just A Mo" instead of using the abbreviation IAS.

Example of IAS Used in a Text