The Korean slang word peogayo was used widely on South Korean social media until around 2010. It roughly translates as re-post/re-posts.

Peogayo sprang to worldwide public attention in October 2022, when BTS band member Jin posted a picture with fellow band members Jungkook and J-hope. The translation of Jin's caption read: "Thank you. If you guys appear there will be a greater increase in reposts (sic), right?" 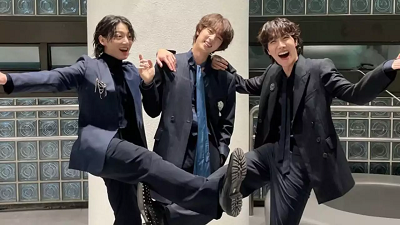 Jungkook, Jin and J-hope
The use of this now outdated term delighted the BTS Army and led to some good natured leg pulling on social media from Jin's colleagues.

Example of PEOGAYO Used in a Text