What Does IKE Mean?

Ike was the nickname of Dwight D. (David) Eisenhower, Supreme Commander of the Allied Expeditionary Force in Europe during World War II, and the 34th president of the United States, from 1953 to 1961.

When I write IKE, I mean this: 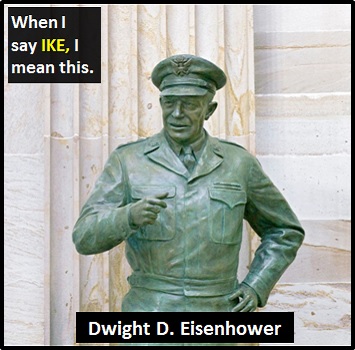 Example of IKE Used in a Text