What Does DEEP STATE Mean?

In the popular imagination, the DEEP STATE is a secret network of influential people and businesses, such as politicians, government officials, rich individuals, the media, and major corporations, that operates behind the scenes to enact policies that favor their interests, rather than those of the voting public.

According to the alt-right, pro-Trump conspiracy theory QANON, former President Trump is battling the clandestine DEEP STATE network in the US.

You now know what DEEP STATE means, but are you good at Cyber Speak? Well, let's see!

When I write DEEP STATE, I mean this: 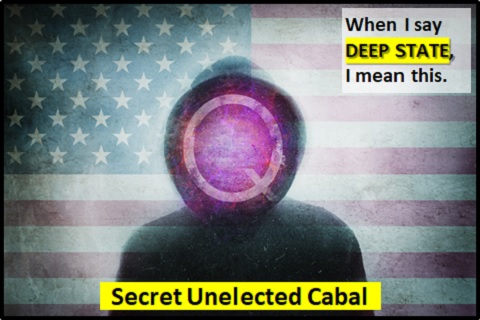 The DEEP Sate is thought to be a network of political, business and media elites.

Example of DEEP STATE Used in a Text